A generation without grass: The problem of kids growing up in apartments without backyards 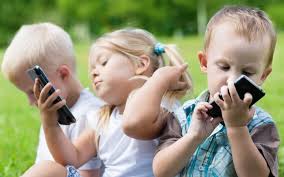 As high-rise apartment buildings multiply, the population inflates, and the market for houses feels out of reach, a growing number of Australian families are raising their kids in apartments.

It poses an inevitable question: How important is outdoor play to the health, wellbeing and development of a child? Also, what does a parent raising a child in an apartment do to enhance all of the above?

According to child psychologist Dr Kimberley O’Brien of The Quirky Kid Clinic, having time outside is “absolutely essential” to the development of a child.

“We have seen studies of children raised in orphanages without outdoor time and their development growth motor skills as infants are severely impacted; in extreme cases, often they’re not walking by the age of five. Those who are deprived of outdoor time don’t develop at the same rate as their peers.”

Dr O’Brien gives the example of having worked in youth male detention centres in both Australia and Scotland as proof that time outdoors is crucial to the health of any human. Of her time in Scotland, Dr O’Brien notes the fact that boys within the centre did not spend much time outside, which meant “there was so much more aggression, so many more cases of staff being attacked and boys trying to escape”.

“In Australia, when the boys had outdoor time for five to six hours a day playing sport, they just transformed from these neglected, underweight kids to super sporty, healthy-looking boys. There is so much value to outdoor time.”

For children without a backyard to play in every day, Dr O’Brien suggests parents make a conscious effort to give them the outdoor space they need.

“Parents should be looking at three to four hours of outdoor time a day from the age of about two to five. It’s so they can have fresh air and engage with nature, socialise with other kids and develop socially, emotionally and physically,” she says.

While indoor exercise is a viable concept for adults, Dr O’Brien doesn’t necessarily endorse the practice for children based entirely on the fact they have too much energy to burn for indoors.

“A lot of people use YouTube to do yoga indoors, so there is the occasional workaround, but kids have so much energy compared to adults, it’s going to be frustrating trying to entertain them indoors, it’s better just to take them outdoors.”

Naturally, with kids spending less time in a backyard and more time indoors, the prospect of them spending more time on a screen instead of outside is a crucial reality. It’s something Dr O’Brien considers a worry.

“There are not many benefits at all [to extra screen time] unless it is used for educational gain. We are getting so many new referrals of kids [to the clinic] addicted to video games like Fortnight, and parents often ask if that itself counts as socialising online. The problem is once they are addicted, they don’t want to leave the house, and it becomes a struggle to get them out,” she says.

“It’s also important to consider that if kids aren’t exposed to the outdoors, it can often look like they have behavioural issues. If they are non-compliant or answering back, it can stem from them not having enough outdoor time. Try to remedy that by sending them outside before telling them to go to their room.”